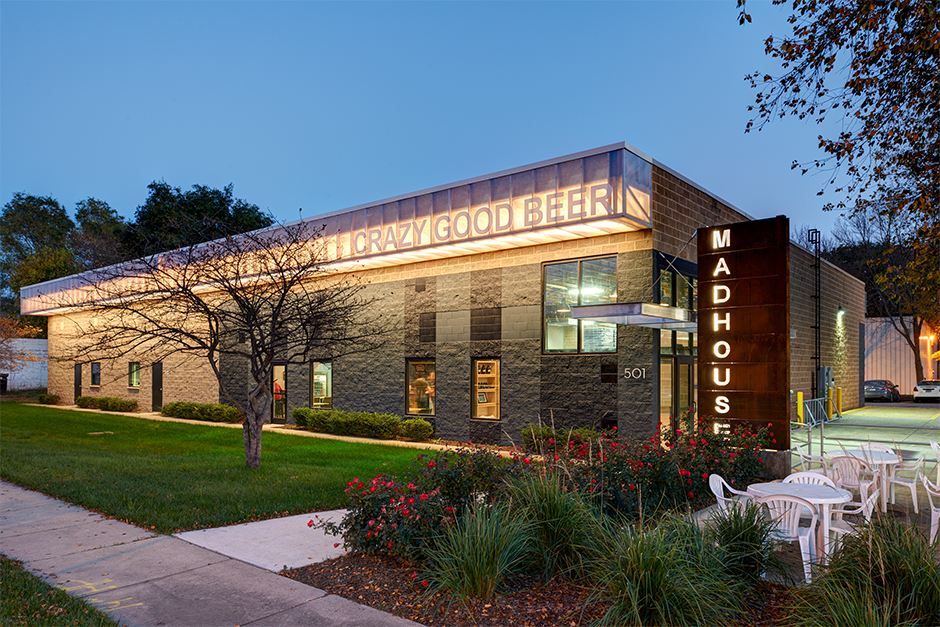 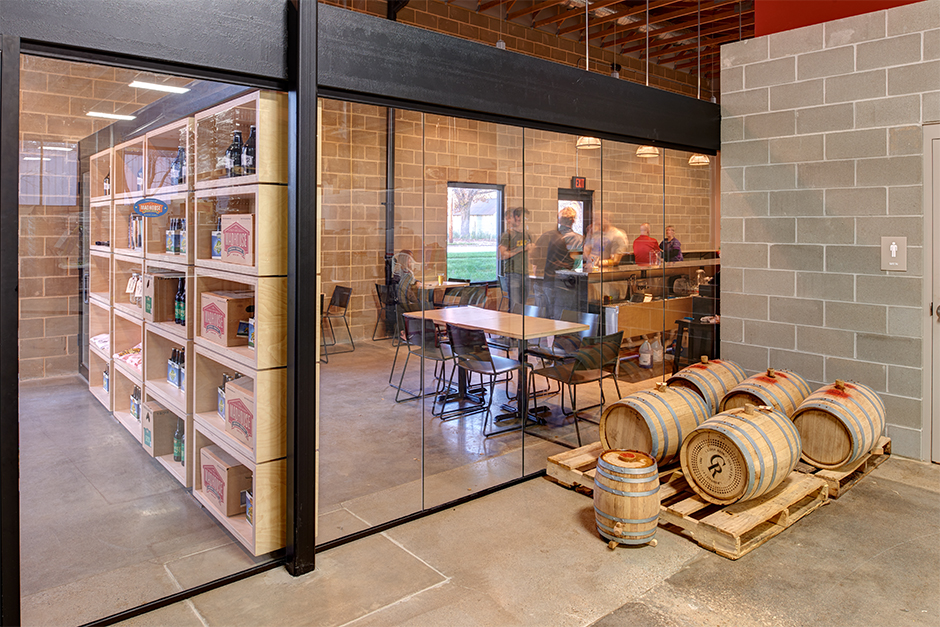 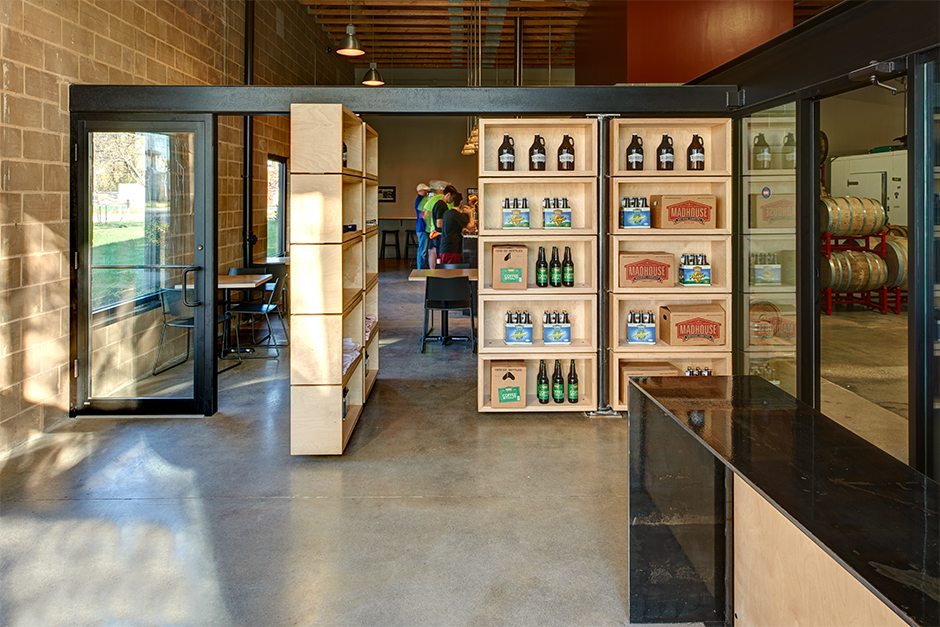 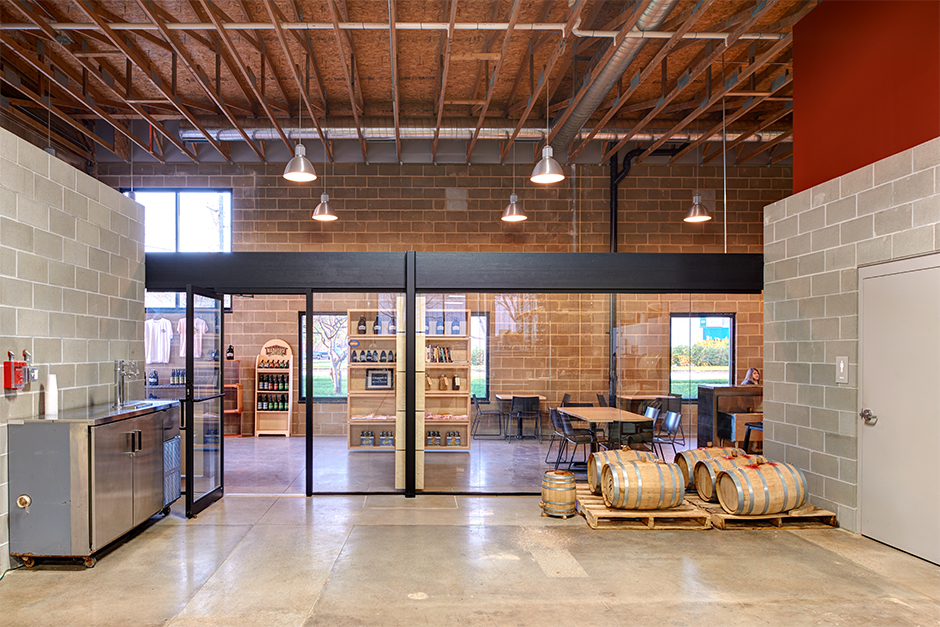 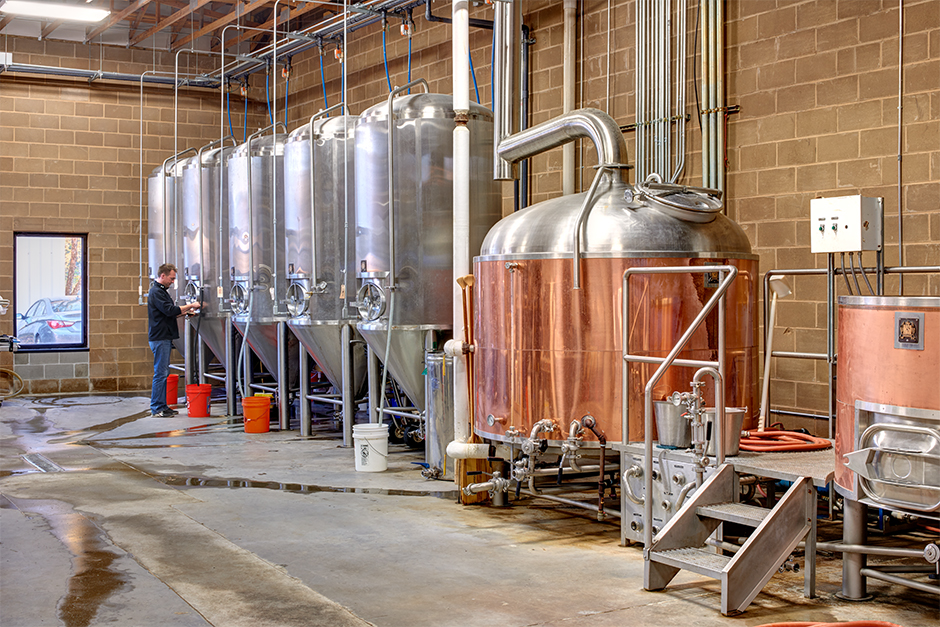 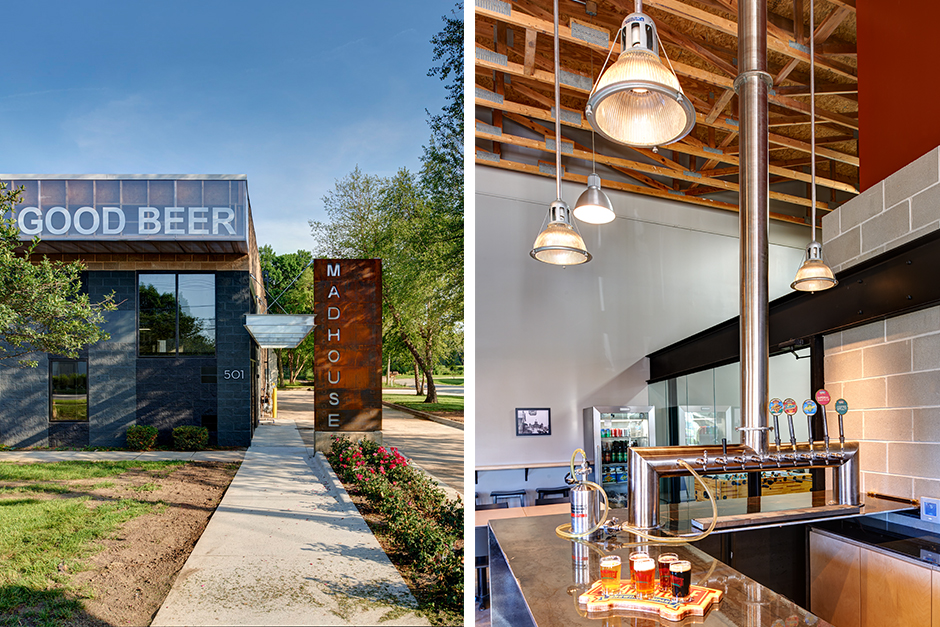 Madhouse has been brewing beer in Newton, Iowa, for several years. The move to Des Moines’s Market District was prompted by a desire to connect with the growing metro population + increase brand presence with a destination location for craft brewing. The client purchased a tired 1994 warehouse across the river from the ballpark + made plans to occupy half of the building while renting the other half until they are ready to expand. The layout of spaces is driven by the tour circulation of patrons, ending at the modest taproom.

New openings + wall pattern added at the front corner increase streetscape presence. For cost-effective maximum impact, we framed the corner entrance with black + gray color blocking that reinforces the Madhouse two-tone graphic labels. The production of beer is the primary function of the space + the taproom supports this with an industrial steel bar, lighting + transparency to the brewing area. The client hired Slingshot to manage construction of the project to maintain quality + vision throughout the process.

Activity is constant at the new location—whether brewing, bottling or welcoming a patron for a drink at the bar. Wayfinding to the entry from parking, bike trails + street is defined with a large galvanized steel trellis lightly supported by the new weathering-steel Madhouse sign. The existing wood soffit structure also provides signage—“Crazy Good Beer”—with the structure now clad in clear polycarbonate sheets + backlighted at night. 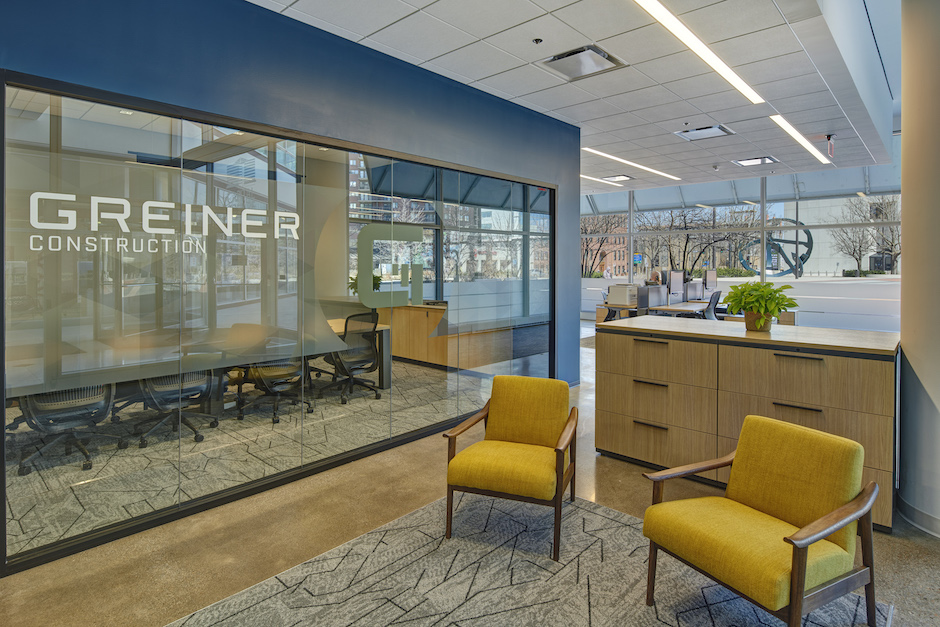 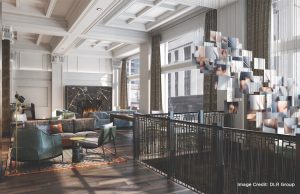 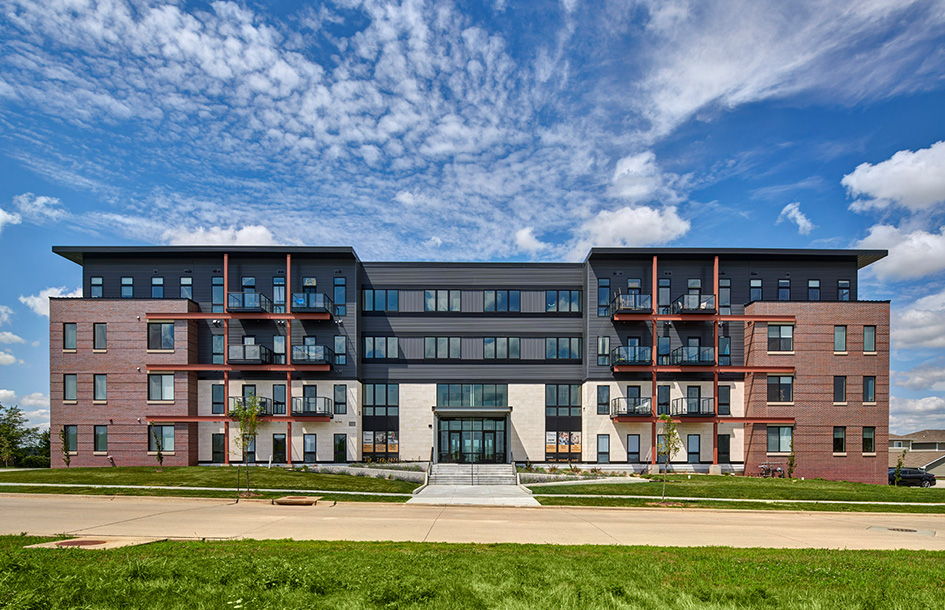