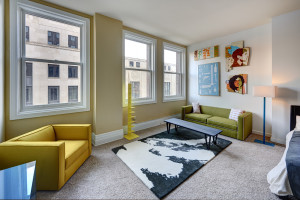 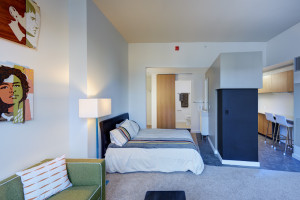 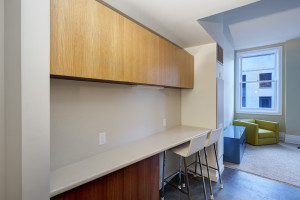 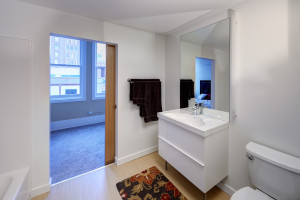 Downtown Des Moines’ Historic Fleming Building offers small studios that live large! A market survey conducted by the development team revealed several key factors that renters were looking for in a downtown residence.  They want to have their own space downtown that is affordable for a single person.  Smaller kitchens, bedrooms + bathrooms were acceptable as long as the living space was large + well lit.  Studio units could hit the mark if designed well.

Slingshot began with research + analysis of studio units in other new urban residential projects.  We found that studios were typically left over areas of the floor plate laid out without much thought of how someone might live in the space or arrange their furniture.

The Fleming studio pushes all of the non-living area functions toward the corridor in a compact footprint allowing for a 200 sf living space amounting to 50% of the 400 sf unit.  This arrangement allows for spacious living or a combination of home office or dining that would typically not be an option in studio living.  Successful proof of our concept is defined in the marketplace where over half the units in the building were studio units and all were leased within a month. 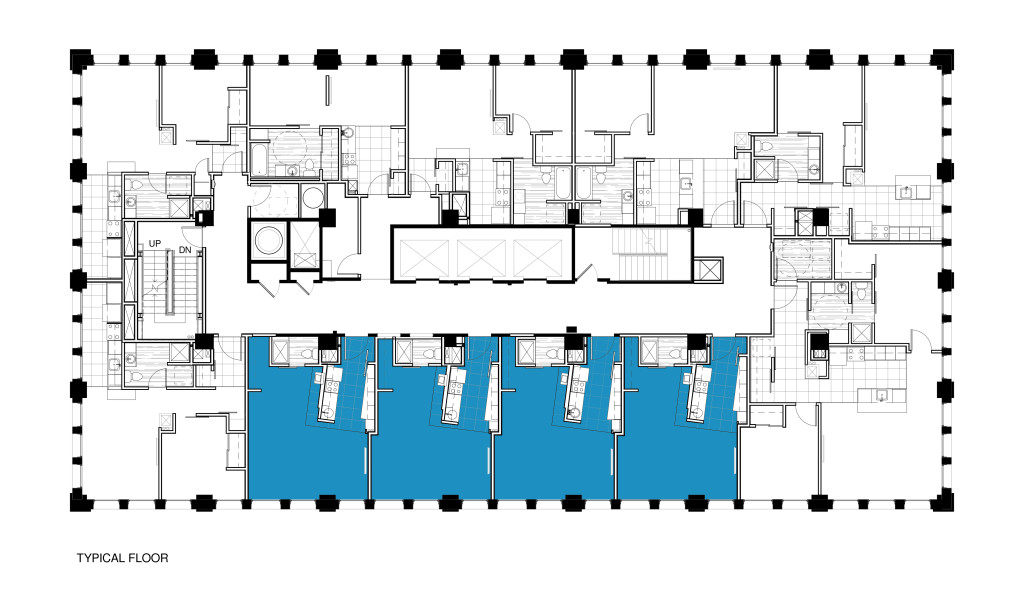 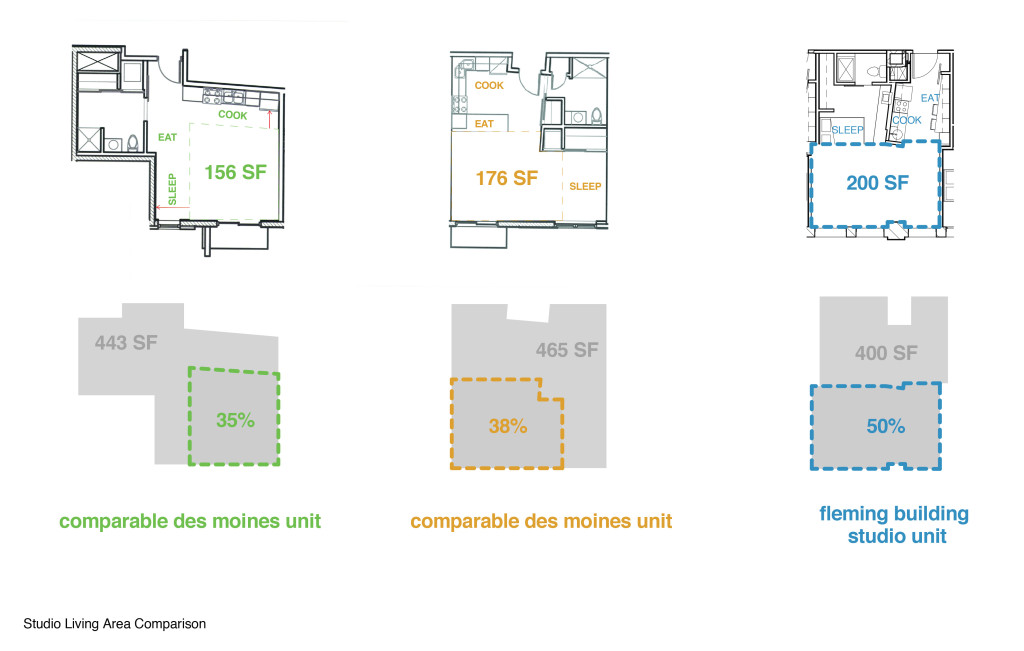