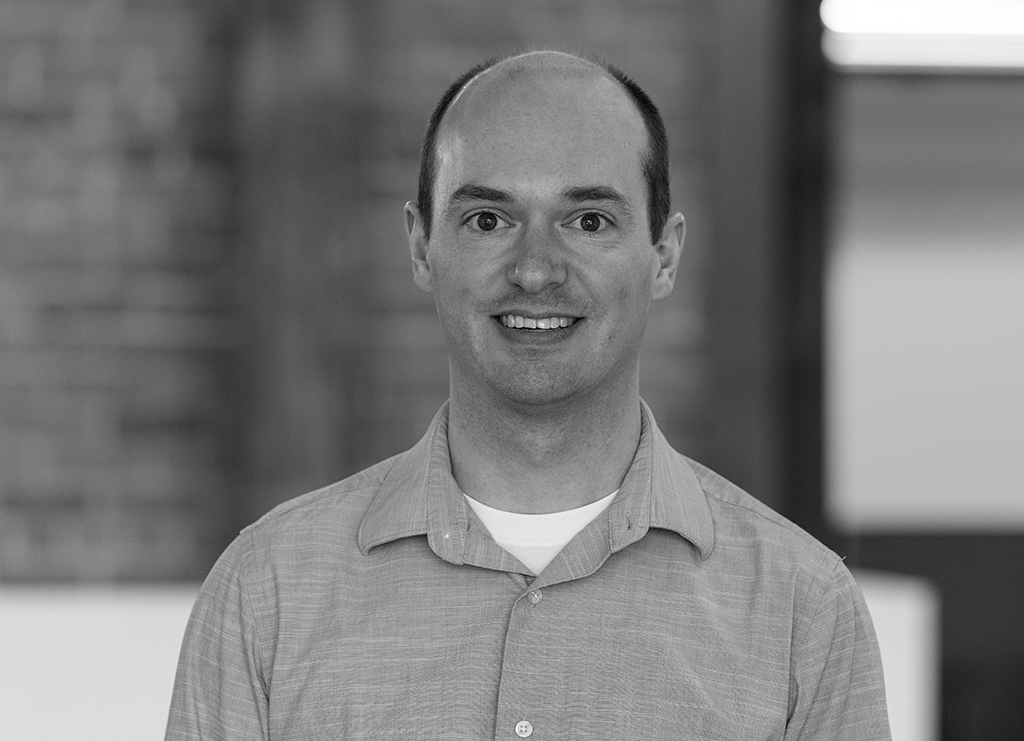 Scott graduated from Iowa State University in 2011 with a Bachelor of Architecture. After college he worked at a firm in Minnesota before relocating to Iowa. During that time, he spent almost nine years working in north central Iowa and obtained his architecture license before moving south to Des Moines.

He was drawn to Slingshot because of the firm's defined design process and overall attention to workflow. Scott enjoys Slingshot's ability to provide hyper focus to the task at hand without worrying about lapses in coordination or having to backtrack on completed work. As a part of the Slingshot team, he helps lead projects through the design, documenting, and construction process.

When he's not at work, Scott enjoys spending time with his family, exploring craft beer and home brewing, collecting vinyl, and anything sports related.